Judgment from Wolpoff and Abramson? 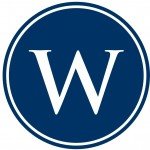 We have defended thousands of collection lawsuits.  Many of them were filed by Wolpoff and Abramson LLC who is no longer in business.

Who was Wolpoff and Abramson?

If you received a judgment against you based on a claim filed by Wolpoff and Abramson, you are not alone. Many people are dealing with credit issues and unsure what steps to take to resolve the judgment. What do you need to know about a Wolpoff and Abramson judgment?

Is Wolpoff and Abramson Still in Business?

No.  Wolpoff and Abramson was a debt collection company. They filed lawsuits against consumers concerning unpaid debts, but before many of these cases were resolved they merged with another debt collection company – Mann Bracken. Allegedly, some of the people who had lawsuits filed and judgments against them were unaware of the claims and/or believe the debt in question to be invalid.

Since the two companies merged, Mann Bracken has also gone out of business, leaving those with judgments unsure what to do.

Before Wolpoff and Abramson became Mann Bracken, the firm faced a great deal of legal trouble. According to a 1994 article in the Baltimore Sun newspaper, in addition to allegedly using illegal debt collection techniques and filing thousands of lawsuits against consumers, the collection agency charged allegedly illegal interest on debts. The Maryland Collection Agency Licensing Board took action against the companies, but there were so many instances in which Wolpoff and Abramson charged the allowable six percent pre-judgment interest without going to court – something that isn’t supposed to happen – it’s impossible to tell how many people were affected.

As if the interest charges and other actions weren’t enough, Wolpoff and Abramson’s debt collection efforts were downright predatory in some cases.

In one instance, a 74 year old woman alleged the firm harassed her with phone calls demanding she pay a nearly $800 bill linked to phone sex calls. The calls were allegedly placed to the woman by the Palisades Acquisition IX of Wilmington. She eventually filed a lawsuit against Palisades and Wolpoff and Abramson, claiming she’d been harassed and billed for the calls. According to the lawsuit, the woman received calls asking if she wanted phone sex, and billed her for those calls. The complaint then alleges Wolpoff & Abramson sent Boudreau a bill for $783 on behalf of Palisades.

As anyone who was forced to deal with Wolpoff and Abramson and any of the other companies it was linked to, the experience was not pleasant. It filed thousands of collection lawsuits on behalf of debt buyers and original creditors and now thousands of people have old judgments they need to take care of. If this sounds familiar, we can help.

When Was the Judgment Ordered?

In many cases, judgments were signed five to ten years ago. Depending on where you live and how the debt was handled, there is a chance it could be invalid due to your state’s statute of limitations. It’s important you speak to an attorney before taking any other action on the debt and/or judgment.

Even if the judgment against you is in more recent years, you need to seek legal guidance. This is an unusual circumstance and many of those affected are being led astray when they seek information about their alleged debt.

How Has the Judgment Affected You?

For many, these judgments have wreaked havoc on their credit reports and in their attempts to borrow money. Some of the judgments were undeserved, and even in cases where a debt was legitimate, those with the intention of paying off their debt were left with no instructions after the firm when out of business.

Receiving a judgment against you is stressful enough, but when you are unsure who to contact and what actions to take to resolve the debt, the situation is especially frustrating. Add to that some of the people with judgments claim their debt to be invalid. There are reports of consumers denied credit, mortgages, and other opportunities, all tied to the actions taken by Wolpoff and Abramson nearly a decade ago.

What Action Do You Need to Take Now?

As a law firm experienced in dealing with debt and other issues related to financial struggles, we want to help those with Wolpoff and Abramson judgments to see if we can track down who has the judgment now.

For more information or to speak to someone about the specifics of your circumstances, contact our firm at 1.800.220.4318.

Meet some of our Lawsuit Staff